As far as written records report, “prehistory” dates back between 35,000 BCE and 3000 BCE in the Middle East (2000 BCE in Western Europe). Ancient builders had a profound understanding of human responses to environmental conditions and physical needs. Initially, families and tribes lived together in skin-covered huts and bone structures. Thousands of years later, human settlements evolved into fortified mud-brick walls surrounding rectangular volumes with pierced openings for ventilation and sunlight.

The ancient Greek city-state wanted to reinforce the importance of having ‘a balanced life and proper morals’, and to do so, they designed temples based on mathematical proportions, reflecting their culture and high-held values.

The Greeks communicated spaces and shapes through an emphasis on proportionality, as heavily illustrated by Greek mathematician Pythagoras. And by that, the style of Greek buildings was extensively based on dimensions, scale, and their relationship to one another. As for materials, the Greek possessed exquisite craftsmanship in stone, building monumental structures and ornamenting them with refined marble artistry.

The ancient Greek city-state wanted to reinforce the importance of having ‘a balanced life and proper morals’, and to do so, they designed temples based on mathematical proportions, reflecting their culture and high-held values.

Seafaring civilizations who lived around the Aegean Sea learned how to employ natural resources and trade with neighboring Mediterranean countries, which led to the construction of  agricultural lands, villages, and small fortified settlements along the coast of the sea. During the second millennium, historians believe that two civilizations existed on that land: Minoans and Mycenaeans.

Knossos is perhaps the largest and most recognized Minoan structure. It is believed that before a major earthquake hit in 1700 BC, it consisted of a series of dispersed structures that sat around a large rectangular courtyard. However, it was rebuilt after the earthquake in a repetitive, unified layout with multiple levels, corridors, staircases, and a central courtyard. Lower floors were constructed with ‘ashlar’ masonry, while the upper floors were built with rubble, timber, wooden beams, and characteristic wooden Minoan columns. As for the Mycenaens, the Citadel of Mycenae, along with the urban planning, were built for the main purpose of ‘strength and defense’. Therefore, people had to enter through a grand “Lion Gate” and walk through a narrow passageway to enter the city. Vestibules, stone-walled dromos, and triangular corbeled arches were all heavily present in Mycenae.

The Archaic period held some of the most significant architectural contributions. Back then, locals were seeking additional farmland and natural resources, so they expanded their territories and laid out rectangular-blocked settlements around temples and markets in the city center back then. In addition to grid-plan towns and structures, covered porticoes, sloped roofs, and stone column shafts were introduced. Perhaps the most distinguished architectural elements of the Archaic period were the columns, or what we now know as orders of architecture, due to the terminology used by Roman architect Vitruvius. The stylized bases, capitals, and entablatures were classified into three types: Doric (no base and simple capital), Ionic (has a base with scroll-like “volutes” as capitals), and Corinthian (has a base with highly elaborate and stylized capital).

The buildings erected during the classical period (around 480 – 320 BC) highlight the maturity and acuity that Greece had reached at that time in terms of architecture, especially the ones built on the Acropolis. The most famous building in the ancient complex is the Parthenon, which is also the largest temple to have been built during the Classical era. It incorporates Ionic and Doric prostyle columns that sit on a convex stylobate (platform). Other significant structures are the Old Temple of Athena, the Propylaea, and the Erechtheum.

Corinthian columns dominated the Hellenistic period, as architecture shifted away from the dominant refined geometry of the Classical period. In addition, architects began focusing on exterior spaces and theaters to encourage civic interactions, which led to the construction of Stoas and theatres. Stoas, which are colonnaded walkways, were considered as transitional spaces of being in an open space yet sheltered simultaneously. The Theatre of Epidaurus (end of 4th century BC) is highly praised by historians and architects for its unique acoustics and structural leveling and symmetry. 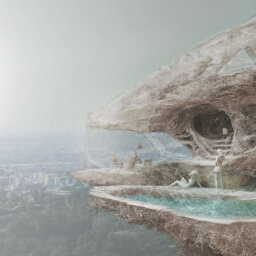 A very interesting example of how simple volumes and geometries can perfectly balance the relationship between private and public space. 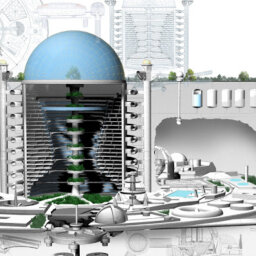 Building Subterranean Cities – Another Way To Save The World

Modern science says that it would have been better if our ancestors began developing
underground instead of on the land – after rising from caves. 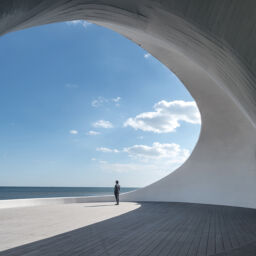 UCCA Dune Art Museum – The museum hidden in the sand

The museum hidden in the sand | Edifice 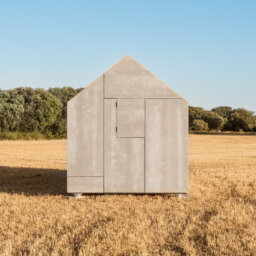